A mostly sunny weekend at Champs Park, Kettering on the 12th/13th May saw the start of the Polaris British Enduro Championship, following delays due to the bad weather.

A mostly sunny weekend at Champs Park, Kettering on the 12th/13th May saw the start of the Polaris British Enduro Championship, following delays due to the bad weather. The track preparation went well and the venue did benefit from a good downpour after the completion of the Youth racing on the Saturday. Specifically aimed at those racers who are still too young to compete in the Short Circuit and Enduro Championships, SXS Racing introduced the Polaris Youth Championship Series in 2017.  And it was the youngsters who stole the show in a good turnout on day one with some new faces around the paddock. Racing Polaris ACE single seat ORVs, names to note for the future were Lewis Scotney and the unknown Rio Longdon, with Scotney throwing down an early marker in qualifying with clear intentions to dominate from the front and never look back. For many this was their first taste of competitive motorsport. In races one, two and three Lewis Scotney again showed his mettle and broke clean away. By Race 3 Rio Longdon in his ACE 570 battled to keep in touch at the front and the result for Round 1 of the British Youth Championship saw him take overall second to Lewis Scotney, who was also Clerks’ Driver of The Day.

The Polaris British Enduro Championship was established in 2016. It was created to meet the demand for a different kind of racing and is open to all manufacturers, with Expert and Rookie classes. These events are always fiercely competitive and Round 1 was no different. Driver Tom Fletcher charged to the front of the field in his Polaris RZR 1000 and once there he set the fastest lap of the day in the 1000 Expert Class. He took first place from Richard Avis whose fastest lap time was only one second apart from Fletcher’s, which shows how close the racing can be. In the Rookie Class picking a winner was never going to be easy and the race saw some near misses and retirements, but Mark Rushton in his RZR 1000 Turbo pumped in consistent lap times and experience helped him secure top spot on the podium. Another exciting weekend in the championships and Polaris and the race organisers, SXS Racing, extend their special thanks to Jamie Courtney from Champs Park. Next in the series is the Polaris British Short Circuit Championship. For dates of races, venues and to get involved visit www.sxsracing.co.uk 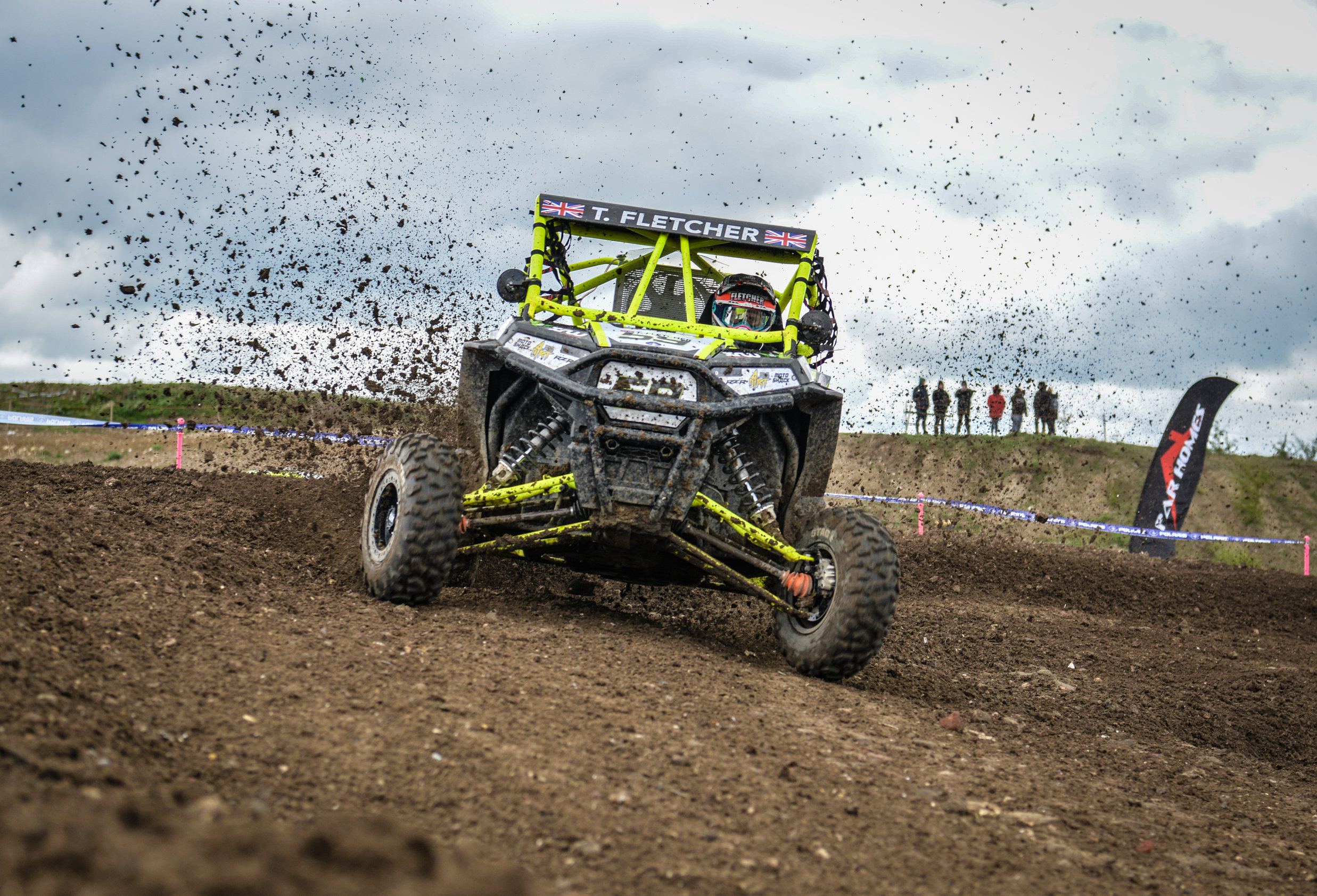